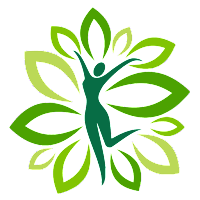 It's been a year since my surgery. I had a year to cope with the loss of my lady bits. It sounds stupid, I know. But we never had kids, so this felt like a nail in my coffin.

Also, I had the parts removed because of the current war on opioids.


"This agony has been part of my life since I was nine years old; I've bitched about it over the years.  Though I've had prescription narcotics since I was twelve, I have never abused them for fear that any addiction would lead to having nothing at all each month.  The thought scared me, to be frank, and so I only used the medication when I had reached my pain level maximum.  And, when medication failed, I went to the ER and they'd hit me up with Dilaudid."

It wasn't until afterward that I learned the reason behind the excruciating monthly pain: the lining of my uterus grew into the organ itself. That's why I had full-on contractions every month. That's why I went through a 12 hour overnight pad in an hour, and why I was weak and anemic. My body wasn't just shedding the lining. It was shredding the uterus.


"A hysterectomy was out of the question.  I was "too young" and had not exhausted all other approaches first.  When D&Cs fail to remedy... well, I was still "too young".

I had to beg my doctor for Oxycontin, and my insurance would only cover 5 pills instead of the 20 I'd go through over the course of three months. I was made to feel dirty.  All women experience cramps.

I'm obviously a weak person in their eyes.  There were days I wanted to press a pistol muzzle into my lower belly and squeeze off a round. Maybe two, if still coherent.  Perhaps, if I damaged my uterus enough, they would remove it."

It's a relief not to have to deal with this every month. I was so accustomed to planning my month around my period (and having everyone do likewise, as I was the only driver). It's liberating to make appointments whenever I want.

But now, a year later and despite the good it did me, I'm still angry that I had to take this drastic action due to OTHER people abusing prescription drugs. Most chronic pain patients don't have the option of tearing organs out. They endure daily pain with no relief in sight... because OTHER people buy shit off the street and get hooked.

I really don't have sympathy for addicts. I should. But I can't muster it up.

As for those over-the-top zealots "fighting" the drug war (by demanding laws strip patients of meds, and suing pharma for making meds)... may they ever experience severe pain. And, if they do, may they keep their word and refuse any and all opioids.