We won't be holding any public celebrations in Toronto this year. Jefferson County has more than eighty confirmed cases. The city won't take any chances. No fireworks show at the school stadium.

It's a shame, really. Although we will have fireworks (set off from the cemetery; how fitting), we won't see a lot of people coming in from surrounding areas.

This also means we won't have our backyard vantage point. We live on a stone's throw from the stadium itself. Every year, we sit back and enjoy the vibrant show. 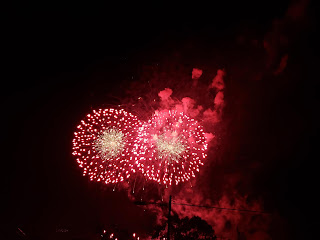 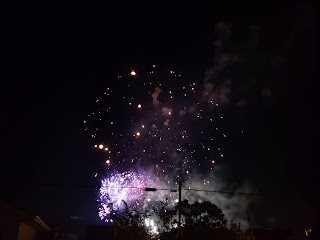 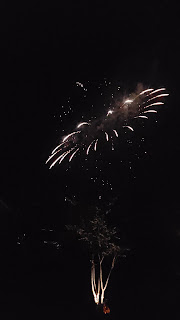 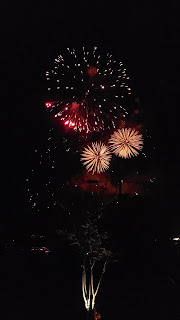 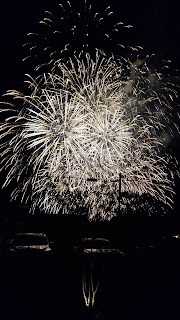 My Dad watched last year's show. It was his last. Part of me regrets not sitting outside with him. I remained indoors to stop our dogs from panicking.

Dad loved the displays. He could name each pattern. I suppose it took us both back in time, to my childhood and Disneyland. Back then, he lifted me onto his shoulders and I rested my chin on his head as the night sky exploded into magic.

We'll stay indoors this year. Maybe we'll put on Independence Day, a yearly ritual for us. (We actually saw the movie in theatres on July 4th.)

UPDATE: The city utilized the water treatment plant. It was a spectacular show, though it did look like Armageddon was about to reign down on a neighbor's house. I watched it from the bedroom window. 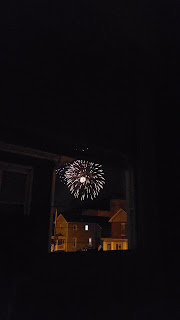 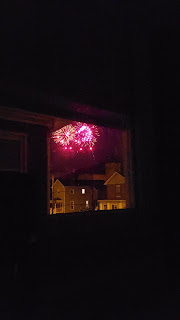 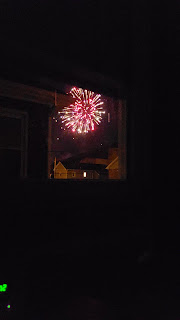 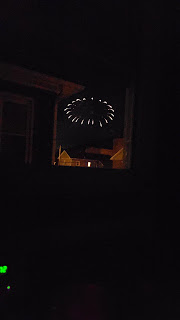 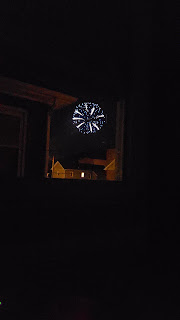