Showing posts from January, 2020
Show all

REFLECTION: "Giving an elephant a bath" 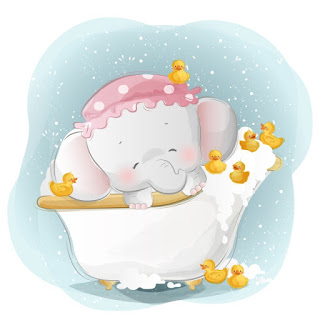 It's 2 AM.  I'm doing my best to get sleepy, though it's damn difficult due to pain. My best option is to let my mind wear itself out.  I accomplish this by browsing the internet in pursuit of knowledge.

Tonight's topic: elephants. During the course of an hour, I remind myself of all the things I've forgotten over the years.  I stumbled upon an elephant joke cache by mistake. Oh lord, bad puns only a dad could tell!

Why do elephants wear shoes with yellow soles?
— So that they can hide upside-down in bowls of custard.

Have you ever found an elephant in your custard?
— No? Well, it must work.

How can you tell if an elephant is colorblind?
— You can see its feet sticking out of the custard.

Why do elephants live in herds?
— To get a wholesale reduction on shoes with yellow soles.

By the way, what's that black triangle sticking out of the custard?
— It's a shark. That's why the elephants are hiding…

My Dad would have snickered at the punchlines.

To be fair, we're still getting things straightened after my Dad's passing.  And, to be fair to myself, I've been in pain since before the New Year.

A bit of catching up is in order.


Hershey Kisses is now bigger than Angus.  He's also annoying both Angus and Piper.  There isn't any in-between with him - full on play mode or puddle on the floor/bed/couch mode.  I've been getting up with him at 7AM so we can play downstairs. He sulks on those days when I sleep until 10.

Mom has days when she's sad, still.  She's thrown herself into clearing out Dad's stuff (but not the basement). She also hasn't felt well for a few days. I'm hoping to convince her to go  to the doctor.

Better Half's knee surgery... we have no idea when they'll schedule it.  It kills me to see him suffering.

I'd like to get the upstairs put in order before he has it.  Nobody uses the "office" upstairs. As it'…
Post a Comment
Read more
More posts