FORESTS AND TECHNOLOGY: the impact of transition 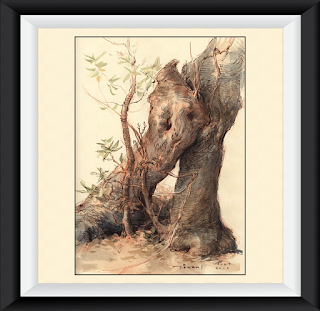 Nathan Rott's article for NPR, "A Fire Lookout On What's Lost In A Transition To Technology", captures encroaching technology's impact on the U.S. Forest Service jobs.

The article shook an old memory loose this morning. Coffee in hand and with a desire to write rather than tweet, I decided to take another trip back in time.

It was a crisp Autumn afternoon along the California coastline. The trees had not yet donned their brilliant hats.  Regina and I had grown weary of playing with the surf, thus we took to wandering in pursuit of adventure.

I was very young, perhaps no more than six, and our neighbor down the way had invited me to their Baptist youth activity for the Thanksgiving break week. Though we were Catholics, my weary mother was eager to be shut of me.

And I, a painfully shy girl that seldom spoke to strangers, found myself thrust into a massive collection of children. It was overwhelming. I slinked off early Saturday morning, unnoticed by adults, for a moment of quiet.

I can't recall when I first noticed Regina following me. We toyed with hide and seek among the rocks, finally coalescing at a tide pool to poke at tiny urchins.

We exchanged soft hellos and offered our names, though these sounds were quickly lost in the cacophony of ocean and breeze. Then the magic of childhood took over. No further introductions were necessary. We were friends.

Looking back, I suppose the proceeding adventure was mostly my fault. I distinctly remember telling Regina all about The Hobbit; my father had taken to reading chapters to me every night. She sat next to me on the turf encroaching upon the sand, spellbound by my recounting of the story.

Were there Elves and giant spiders in California?  Surely so. Wouldn't it be fun to find the hidden kingdom!

We walked a long while, pressing through the forest's increasingly dense brush. Sand and the surf's call gave way to the jarring sounds of our sneakers snapping twigs and forest litter. 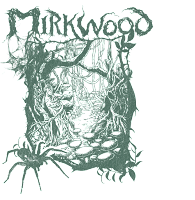 Squirrels and other tree denizens skittered in the canopy above us, or chattered as us from dense firs. All the while, the wind's enchanting breath called us to go deeper, to seek its origin.

Neither of us wore watches.  We couldn't see the sun clearly. Our stomachs told us it was near lunch.  If hobbits and dwarves could skip a meal, so could we. We pressed on, trudging uphill and climbing over the small boulders that stood sentinel along the game trail.

The air began to bite our arms and faces after a while. Light faded. It was time to give up our quest and go back to the group.

I suppose it's a credit to my generation that helicopter parents were not prevalent in the 70s. Wandering off in a grocery store did not result in panic and screams.  It was part of the growing process. We learned to take ownership of ourselves, which meant seeking out an adult or staying in place until one came along to reunite us with our family. (Coincidentally, we also hoped that it was a stranger that found us first and not our miffed parents!)

Standing gave way to sitting, and then to curling up under the boughs of some deciduous trees. We dozed for a while, and awoke to completely dark surrounds. Crickets hushed as we brushed ourselves off to take stock of our situation once more.

If we hadn't gone in search of those stupid elves, we wouldn't be in this situ-

OH MY GOD, THE SPIDERS!

Six year olds have incredible imaginations, no?  We doubted we'd run into a gaggle of feasting Elves because of those giant abominations. We believed, without question, that we had been very lucky to not wake up encased in spider web. And, since no adults have come for us, they might not even realize we were gone.

Bilbo had climbed a tree to get the group's bearing.  Neither of us were climbers.  Perhaps we could look out on the entire woods if we climbed to the peak of the mountain? We rocketed up that slope as best we could.

My love for Tolkien's work has kept this part of the memory seared in my brain.  My panic at that exact moment has wiped out my memories of the next hour or so.

I think we might have let our minds run wild. Branches slapped us, brush tugged at our socks. I think we crossed a creek or two, but I don't recall us drinking from it.  As I write this, I remember Regina's ragged sobs.

That's all I can recollect about my surrounds during this time. We were gone a long while.  My memory doesn't come into focus until I press myself to think of how the woods suddenly opened into a clearing.

High atop that hill sat a funny little house on metal scaffolding.  A light burned brightly from the windows above us. Much like Biblo in the book, we jumped around the clearing shouting, "Help! Help!"  A door opened, a figure peered over the railing.

"Are you from the Baptist group?"

An adult! Civilization! We were saved!

I burst into relieved tears as the Guardian of the Forest climbed down the ladder and scooped us both into a hug.  Her long, blonde hair smelled like strawberries and kerosene smoke. I pressed my face against her green jacket and inhaled the unique scent of humanity.

There was a small cottage of corrugated tin and wood nested not too far from her tower. She lit the lamps and gave us wool blankets to warm us up while she used her radio to relay the news. And then she invited us to join her in the tower. She still had a job to do!

Regina fell asleep while I peppered the woman with questions.  What is this map? Can I use your binoculars? Are there giant spiders in the woods? Fatigue had obviously dulled my shyness.

My memory picks up again a few hours later, as the woman gently shook us awake.  A forest ranger was there. An actual ranger!  He had a kind smile and a curly mop of brown hair.  Like his companion, he wore a green jacket and blue jeans.

He led us down a trail behind the fire lookout station, and we eventually found ourselves piling into a Jeep. Memory fades, then becomes briefly clear again. The Baptist camp. The youth pastors. Dawn breaking. Much yawning. Praises to God. Stern finger-wagging followed by tight hugs. An afternoon church service on the beach before we pile into buses. And then the memories of our adventure end. I can recall nothing of the camp beyond that, nor do I remember how many days Regina and I were lost.

Now, decades later, I am part of a volunteer aircrew that looks for lost hikers and hunters, or geriatric patients and small children that wander off while the world sleeps. We fly at first light and return to base throughout the day only to refill our fuel and pee. Only dusk stops us for the evening. Perhaps it was my childhood experience that motivated me to do this.

As I read Rott's article, and grow to know Philip Conners better, I find myself nodding in agreement with the fire lookout's thoughts on the matter. 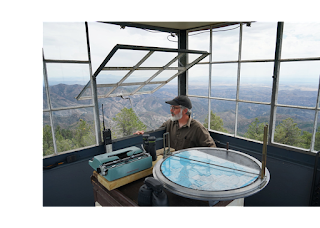 There are, he says, many things he can do that a drone can't. He can sit in a tower for an entire day, watching and studying a fire's behavior. He can serve as eyes and as a communication link for fire crews working in the region's rugged terrain. He can apply his experience to put a fire in context and communicate about it in ways only a human can.

"Humans throughout our culture are going to be replaced by various forms of automation going forward. It's happening now and it's going to accelerate," he says. "But I think we do ourselves a disservice if we don't at least stop and ask for half a second: What will we lose in that move towards automation?"

The radio squawks. Fire crews are finishing their shifts on a fire to the northwest.

"Here I think we lose some deeper wisdom and connection with the landscape," he says.


We risk losing more, in my opinion. It is that human touch that allows us to discover the small things that go missing or awry.

Technology is wonderful but it's limited. For all its advancements, it can not yet replace human empathy and reasoning. A drone would not have spotted us. It was a human being and a fire lookout station that changed our fates.
Autumn 2019 Nostalgia Reflections Science