April 14, 2019
You know shit is going down hard when the locals come out of their houses to point and stare at the fast-approaching storm front.  Such was the case this evening as we made our way from Warren to home.

Most people up north have a good sense for the weather. Better Half and I should as well, given our passion for aviation and our volunteer service during disaster relief missions.  However, neither of us really paid much attention to today's weather other than, "It's supposed to rain some after 7 PM."  We planned to be home by then.

Ah the best laid plans of chicks and men.

Last week's early spring temps carried into the weekend and, thanks to the drizzle last night, there was no sense in trying to mow damp grass.  The day itself was glorious. The air was perfectly crisp when we left Toronto.  Humidity was still low, and the overcast skies intensified the green and yellow shoots budding from native trees and shrubs.

We made it to our stops in record time.  (I'll craft a new post for our actual house-hunting activities.) Better Half spotted a BBQ joint going to our last stop, so we decided to partake on our way back home.  (Cockeye BBQ - we highly recommend it. Best BBQ food we've had since leaving Colorado. Go. Just go. Warren West End. Trust us!)

After a meal in which we both ate way too much food, and I had enough collard greens to make my heart race, we dickered along streets halfheartedly searching for the highway.  People were coming out of their houses as we searched for OH-46 S. All along the right side of the country road, I spotted them walking to the edge of their drives and turning to gesture towards their homes.  I hazarded taking my eyes off Sign Quest and lifted my gaze upward.

There it was. The mother of all squall lines.  I would not dare to fly in it.  I realized we were going to be in a pickle if we didn't beat it.  But we weren't familiar with the area.  We had to go slow enough to spot the signs.

Fuck those signs.  That shit rolled over us as we raced down 46.  We couldn't even find the damn merge point onto I-80 nor any signs pointing us towards New York (not that we were going there. It's just the route we needed.)  Visibility was quickly reduced.  The natives drove with their hazards flashing in an effort to give people behind them a heads-up.

First we could see only 20 feet, and then 10, and then it was driving-by-braille, each white dash catching the tail of my left eye to alert me to my position in the lane.  Our fierce truck, weighing in at  a decent 5.5k lbs curb weight, became a toy to entertain the storm.  The wind balled up its fat hands and snatched it, pushing it wherever it wanted.   I fought against it and veered into the opposite lane to avoid a massive fallen tree, and then I held my breath as several more toppled in people's yards.  All the while, I fought that wind while Better Half, the best of navigators during even the worst of times, searched for any indication that we were still on the ground and in fact in Ohio.  And then the hail started.

GLORIOUS!!  You may think you are stronger, storm, but Gruffchick is not afraid to die! Bring it. *insert maniacal laughter* 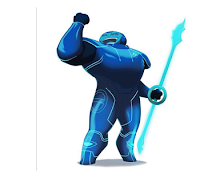 Better Half, however, would probably like to live long enough to at least partially digest his food.

It has been over a decade since I've seen anything so vicious.  We did have some bad driving weather while dad was in the hospital last year, and there were at least two occasions where I found myself biting my lip as I tried to peer through sheets of rain.  However, today's symphony, replete with clouds binding themselves up to rotate, and coupled with hail large enough to kill a small dog, really put me to the challenge.

We missed the turn but pressed on, taking the highway running parallel to our route.  I took a chance to glance at my phone's GPS map (and nearly rear-ended a stopped vehicle which is why I caution my cadets time and time again to put their damn phones away when driving). We would eventually pass through all the small towns and kiss Canfield before seeing the familiar East Liverpool signs.  All the while, we found the storm either overtaking us or at our backs.

"CALL MY MOTHER, PLEASE," I shout over the thrum to Better Half. It's already past 7, and we were supposed to be home by then.  My Momdar™ is seldom wrong. It was better to head her off before she tried to call my phone.

Better Half had to shout equally as loud for her to hear him.

"It was bad here," my worried mother meets me at the door.  She's terrified of bad weather.

"We still have trees here," I sigh.  Truthfully, the worst damage was a shingle torn from the garage and the BBQ cover slouching off to one side.  I gave her a brief recap before assuring her that the storm moved in a line and we wouldn't not see anything of the stuff up north.

And then I went upstairs to verify that as fact.

IN OHIO THIS WATCH INCLUDES 4 COUNTIES

THIS INCLUDES THE CITIES OF CANTON, RAVENNA, WARREN,
AND YOUNGSTOWN.

Perhaps I should have checked this earlier?  Might have cut the meal short to beat all the hassle?  A quick glance at a map at least alleviated my own worries that we could see something fierce overnight.
That line of reds and pinks - we drove the entire distance with that damn Squall Line of Tree-Assassinating Doom lashing out at us and then overtaking us.  It took an hour, with minimal visibility until we hit Wellsville, but Mother Nature did not win today.