February 22, 2019
Trinity East has exasperated us, per the norm, once again.  Mum complained of feeling "weird" at 1 am.  She had an extremely low pulse.  The night nurse told her that nothing was wrong, and she was "bringing it upon herself", ie her panic attacks are annoying.

The problem with that statement is that panic attacks increase blood pressure and pulse. They don't drop a heart rate down to 39 beats a minute.

The morning nurse took vitals once she came on shift, and properly raced to alert the doctors. Mum was loaded into an ambulance and taken to Trinity West.

When I arrived, she was in a small bay - the larger occupied by another cardiac patient - and hooked up to the happy red crash cart. Her heart rate was in the 50s, but her O2 was dismal at the 78-88% range.  They put her through a battery of tests before moving her upstairs to a room.

I headed home without any answers as to what was causing this condition. It wasn't until the next day that I learned she had congestive heart failure.

Okay, her heart was strong right after her surgery. Dr Kindly examined it closely - as it was in his hands - and noted that the chambers filled nicely.  The new valve did the trick, and the bypass gave better support to the heart itself.

So why is it suddenly failing?

We don't know.  I need to book an appointment with Dr Miracle.  I want answers as to why she went from fresh and healthy to heart failure and oxygen woes. Is this due to them not allowing her to walk?  Is this because she had complications (pneumonia) right after her surgery?  Why the downturn and, most importantly, how long has this been going on?  Did Trinity East miss the signs, or just dismiss them as something else? The woman has been complaining of symptoms over several weeks. 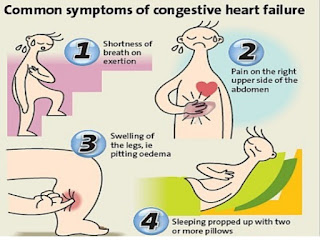 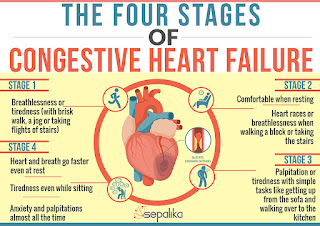 Yeah, I'm pissed.  For all my grumbling about my mother's attitude, I do miss her very much.  Now that she isn't able to have her scotch anymore, I was looking forward to spending time with her.  We could do things together.  I wouldn't have to vanish at 4 pm each day, and could spend the evening with her.  She would be able to write again, perhaps finishing that play.  This was to be her new lease on lift. This wasn't supposed to be her death sentence.

I recalled that CHF had stages. I called the nurse to ask what stage she was in.

"We don't have stages. We go by episodes,"  said the nurse.

If caught in the early stages, CHF can be managed by medication and lifestyle changes, and surgery. It won't cure it.  It will extend the patient's time on earth by five years to a decade.  In the end stages, 90% of all patients live less than a year. Considering she wasn't in heart failure when she was admitted and operated on - Dr Kindly would have said so otherwise - I'm now left to wonder if this will be my mother's final winter or spring.

She's been upbeat on the phone, but she wants to come home. We initially thought her discharge would happen today. She now has a bladder infection -ARE YOU PEOPLE NOT TAKING PRECAUTIONS TO PREVENT CROSS-CONTAMINATION?- and might not be home until Monday.

Only time will tell. The most we can do is take each day as it comes, and not get too wrapped up in the "oh shit" moments.
Daily Life Mum and Dad Winter 2018-2019