April 14, 2018
BH's brother is visiting us tomorrow! These sibs haven't seen each other since the early 90s, so it's a pretty big deal for us.  I've never met him though I've talked to him on the phone before. He's been hereby dubbed Brother Shipwright, for blogging purposes. 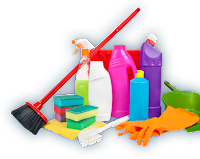 We didn't learn the news until yesterday so, per my normal "guests are coming" protocol, I spent the entire day spring cleaning the downstairs. EVERYTHING got my attention, minus the room where the parents watch TV. I just don't have the stamina to wash and polish all the stuff in there. The kitchen, however, looks glorious, if you'll pardon my bragging. All the seldom-used stuff got purged. I organized the rest.  Now it looks bright and open.  My bones and joints ache now.  Ugh.  So worth it, though.

I'm hoping to get the bathroom and our bedroom knocked out tomorrow.  I doubt I'll have the energy to do both.  Hey, we can always shut the bedroom door.

Tonight, we ran out to buy groceries.  We're doing a Papikosh, with a salad on the side.  We aren't sure if  Ships enjoys alcohol.  I found a nice beer, and we have a bottle of rum still.  If anyone wants, it's on hand.

All that aside, I left our debit card at home.  It was a 20 minute drive to the Kroger in West Virginia, only to stand there looking incredibly stupid once they tallied the receipt.  It was over $200, and I don't carry that much cash. So, into the dairy cooler went our cart, and we drove all the way home. We were out of stuff. We had no choice but to go all the way back.

Forty minutes later, we were at Kroger once more, and I stood smiling in line as the dour  woman in front of me grit her teeth over the lack of funds on her EBT card.  I considered picking up her tab but it was well over $90.  Nope, can't afford to spend that this month.  Our funds are far too low.  All I could do was offer a reassuring smile to her as she apologized for the delay. I explained that I was having a rough night too, and that she gave me some time to breathe.  "Thank you. I needed the break. I don't mind at all." She thanked me in return.  West Virginians are awesome folks.

Now home, and with everything put away, I can spend time relaxing before bed.  Today's activity is bringing on a whopping migraine.  I'll do my neurologist's cocktail and turn in for bed to avoid the fully fledged symptoms.

People have asked me what goes into that cocktail.  Here's what kills a Wally Wallbanger Migraine:
In times gone by, the same migraine would last for several days. The hypersensitivity was the worst.  Sounds, smells, light - it all intensified the experience. I'd end up in the emergency room, begging for a potent injection (or death, take your pick). People would look at me like I was some sort of odd freak. (To get an idea, check out this post on The Mighty.) I spent decades suffering before Dr Neuro took me on as her patient. 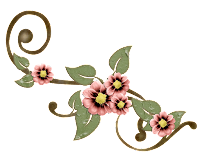 Edit: oh bother.  The US, UK, and France launched airstrikes in Syria.  I skipped the usual news channels and went to France24.  Drs Hummingbird and Honey Badger turned me on to it a few years ago. Love that channel. It's currently free on YouTube.

You can also get up-to-date reports at this CNN webpage. I'm not big on the Chronically Nattering Network and their talking heads, but usually their updates are accurate.