March 18, 2018
Rushed snippets are things that catch my attention when I have the least amount of time to sit down and mull over them in full. 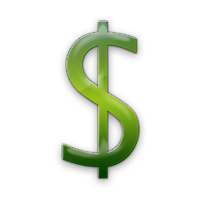 Such is the case with the "basic income" social experiments going on in Canada and elsewhere.  There are several lines of thought regarding it. The reasoning depends greatly upon whatever is motivating the proponent.

For some, the approach stems in part from opinions concerning automation. In a nutshell, "huge swaths of workforce would suffer layoffs if robots end up displacing them. If we supplement their income while they go back to school, we'll be investing in people willing to be productive" etc.

What are BI experiments?

Of course, there are plenty of YouTube videos covering BI, both pro and con.  Likewise, online articles abound.


To give a bit more insight into experiments, Kate McFarland provides an overview of existing (or proposed) programs in her short piece for  Basic Income European Network (BIEN).

It seems that 2017 has been a watershed year for the global basic income movement, as multiple governments and private research groups have independently conceived and launched experimental trials of basic income (and closely related policies). Several new experiments in North America and Europe represent the first such experiments in the developed world since the 1970s (when a negative income tax was tested in several cities in the United States and Canada), and the largest basic income trial ever designed is about to take place in Kenya.

At the same time, rumors of other experiments have appeared only to be revealed to have been premature, and sloppy and superficial media reports have obfuscated differences in the design and motivation of these disparate studies. This article reviews the latest information (as of October 2017) on the experiments that actually are being conducted (or well along the path) [1] [2].

The federal government of Finland is currently conducting an experiment of the effects of a basic income on unemployed citizens, which began in January 2017 and will conclude in December 2018. Prior to the launch of the Finnish experiment, the provincial government of Ontario had already announced its plans to test a type of unconditional income guarantee; at the time of this writing, it is currently enrolling participants in three areas of the province, who will receive an income guarantee for up to three years. In the Netherlands, another instigator of the recent interest in basic income experiments, municipal-level experiments have faced setbacks and changes in the quest to meet compliance with federal law; however, as of October, several cities have now launched experiments with the removal of conditions on social assistance benefits. The city of Barcelona has launched an experiment testing several potential reforms of its anti-poverty programs, including new social programs as well as unconditional cash payments. Proposals to test basic income at the municipal level have also lately gained considerable political support in Scotland.

In addition, two US-based non-profit organizations have completed pilot studies, and are preparing to launch privately funded basic income experiments on a large scale. After the Kenyan elections, the charity GiveDirectly plans to initiate a 12-year randomized controlled trial (RCT) testing the effects of universal basic income on villages in rural Kenya. Meanwhile, Silicon Valley’s Y Combinator Research has completed a feasibility study in Oakland, California, and is now finalizing the design of an RCT that is to involved 3,000 participants in two US states. (Edit: A privately funded trial in Stockton, California–announced around the same time this article was published–may soon join the list. However, the project is in its early planning stages, and few details have yet been determined.)


It's an interesting approach.  Do I see it as a means for people to grow complacent?  Sure.  People are quirky. Some want an easy way out, a means to support themselves while they do nothing productive - abuse the system, in other words.

However, for the majority of "working poor" Americans I personally know, this would be a means of taking some of the burden off the family by allowing them to focus on what's important - improving themselves by going back to school (college or trade), improving their lives by giving them a chance to live and thrive in their senior years, or allowing hard-working people the chance to work a job they trained for rather than settling for fast food employers due to being in a financial bind.

Speaking of that, I'm probably the only person in my circle that is against raising wages for the fast food industry.  These jobs were never meant to support a family. They were for the teen or college student just starting out in life, or for those looking to supplement their livelihood. Raising the wage won't give people a boost. It will create a new baseline instead, and the cost of goods will increase to offset lost revenue. Large corporations like McDonald's don't crank out nasty food to benefit the masses, nor are they willing to pay a skilled labor (technical degree or otherwise) wage to burger-flippers.

The problem there rests with the number of people currently in a financial bind.

Minimum wage increases and the resulting shift in the cost of living would mean that those on fixed incomes (which will not see an increase) would not be able to afford the basic necessities. Those collecting SSI, SSDI, or VA benefits as their sole income would find themselves trapped in an economy geared for a new "poverty line", meaning their incomes could no longer support them in a world where minimum wage increases would not be mirrored by an increase in these basic benefits.  Business is gains, after all.  A landlord will pay more for bread - why not raise rents to cope with their own cost of living increase?

For the curious, the average SSI or SSDI benefit runs around $900 per month, depending on the person's income before retirement or disability.  That's a paltry $10,800 annual income. My mother's SSI income is roughly $600 per month, meaning she must live off $7,200 a year.  She could not thrive in a market geared for increased minimum wage reflecting $30k per year, nor is she capable of returning to work to offset her expenses.

Basic income would ease some of the problems plaguing our society.  It would allow someone to continue working part time (minimum wage) while attending school. It would assist care providers who have left the workforce to tend to elderly family members.

This all depends on the outcome of current experiments, however. We may find that people do indeed abuse it, preferring to live off $1700 a month while lying in bed all day or wasting time and talent by engaging in criminal activity.

Meh, I'm rambling.  That's the whole purposes behind a rushed snippet.  I might be completely off in my reasoning, and my quick assumptions may be filled with horrendous inaccuracies.   In other words, snippets are just a base opinion without much research behind it.

[1] The coverage of the present article is limited to projects that qualify as experiments in a social scientific sense. Thus, it does not include several projects that are sometimes listed–incorrectly–as “experiments” of basic income. Missing, for example, are lottery programs like Mein Grundeinkommen, as well as any pilot studies that lack a control group, such as the ReCitivas Institute’s pilot in Quatinga Velho and Eight’s two-year pilot study in Uganda (see “Some thoughts on basic income ‘experiments’” by Michael A Lewis). Programs and policies such as Iran’s fuel subsidy reform and Alaska’s Permanent Fund Dividend are occasionally misconstrued in sentences like “Iran and Alaska have tested basic income”. These programs are also not experiments in the scientific sense, and thus omitted from inclusion in this article.

[2] Of course, no experiment can fully test the effects of a basic income, which, by definition, would guarantee cash stipends to all individuals in a community, and it would guarantee this support for life. Experiments, in contrast, are bound by their nature to be non-universal (since there must be a control group) and limited in duration. Furthermore, it is likely that additional changes to the taxation of benefit system, which are not captured in the experiments, would accompany the introduction of a basic income. (In a forthcoming article, I will argue that, in the case of my own interest in basic income as a possible stimulus to long-term cultural change, the above facts preclude limited trials from having the capacity to produce usefully informative results.)