The Husfiend is in one of his angry moods.  Best to avoid him as much as possible.  What better way to avoid ticking him off than to try out my new hobby in some corner of the house?

Armed with yarn, needles, and YouTube, I set out to master the very basics.  I began with Sarah from Hobby Lobby. Her video caught my interest the other day, and she seemed to know her stuff.

Keep in mind, knitting terminology means something completely different in  my head. 'Casting', for example.  I've only done one kind in my life and that involved metalworking.  It turns out, 'casting' in knitting means laying the foundation row on the needle.  Makes sense, etymologically.

Step one: forty foundation thingies on the needle. No sweat.

Step two: make a stitch.  Oh good grief, this confused the hell out of me.  I consider myself spatial, but I just wasn't getting it.  I'm sure it wasn't Sarah's fault that I ended up with knots, twists, and kinks for a first stitch. I must have repeated the video several times before laying the needles down to have a Calming Moment. This one didn't involve rum, though it came close.

Deep breath. Moar YouTube surfing.  I found Donna Wolfe from Naztazia.  Woman, you are my hero for today.

Perhaps it was her soothing cadence or the fact that she repeated the steps several times (replete with explanation!), but I found that I had completed a row without putting much thought into it.  I felt a surge of pride once I had four.  They were ugly rows, but they were mine.   Two more followed before I found the yarn kinked.


Well, damn.  Pull the stitches? Keep going and hope for the best?  More light was needed!  I stuffed everything into a container and carried the entire mess to the dining room.

My dad was having lunch at the table. "You knit?"  he raised a brow at me.

"Yes," I said with confidence.

He smiled knowingly as I put my bird's nest onto the table.  "You have to wind your yarn into a ball."

"I know."  You just can't BS my dad.  Even now, with Parkinson's affecting his movements and thought, he can see right through me.  I attempted a few more stitches before the bird's nest made it impossible.

"I don't know why this is isn't working for me today," my shoulders lifted in apology to the universe.

"Your needles are too big," observed dad.

He was right, of course.  I hadn't considered length when buying them.  These things were huge.  I could press the ends into my chest and still have enough length to work the stitch in front of me.

Blank stare followed by, "No."

Well, so much for learning from a seasoned knitter.  He probably dabbled as a boy, considering his mother was so clever at all this.  He winced as I pulled the mess from the needles and unraveled my work.  And then, off to the hobby store I went. (I did not have the patience to fix the yarn snarl, and I wasn't about to ask the Husfiend to help - even though he's very good at "turns, tangles and twists". Better to let him be.)

It had started to snow by time I returned home. Husfiend was still cloudy, so I opted to stay outside and have a cigarette. Angus kept me company, though his expression said it all - "Momma, don't you wish you had a warm scarf?" 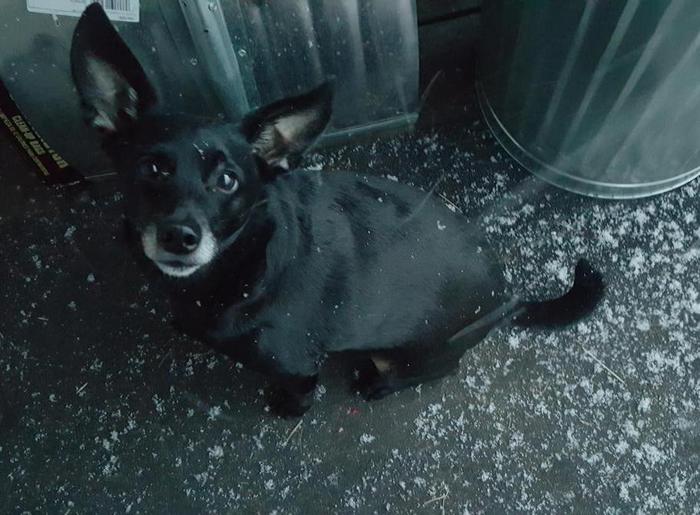 Refreshed and determined once more, I return to the table and started over - shorter needles, new yarn.  Dad had moved to the other room, and now my mom was there playing solitaire.

"Um, I'm about to? Got to make a yarn ball first."  Out came the cardboard toilet paper tube and a new skein.  I'll spare you the horror. Suffice to say, it quickly turned into another bird's nest, but I carried on with the effort.  I soon had a proper (I hope) ball.

By then, both parents had retreated to watch TV.  Only Angus kept me company as I cast again, and then began fresh rows. I peered towards him every so often, taking in the puddle of dog sprawled on the floor.  His intense expression and lazy slouch  never changed. 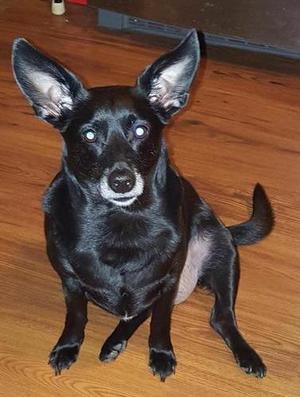 Ear flick. "Is that what this is?"

Feh. I will surpass my dog's expectations! Though I wasn't at it long, I soon had a small section of shabbily knitted yarn.  There are some weird bits and holes but, as far as I'm concerned, I think I'm off to a good start.  Only time will tell. 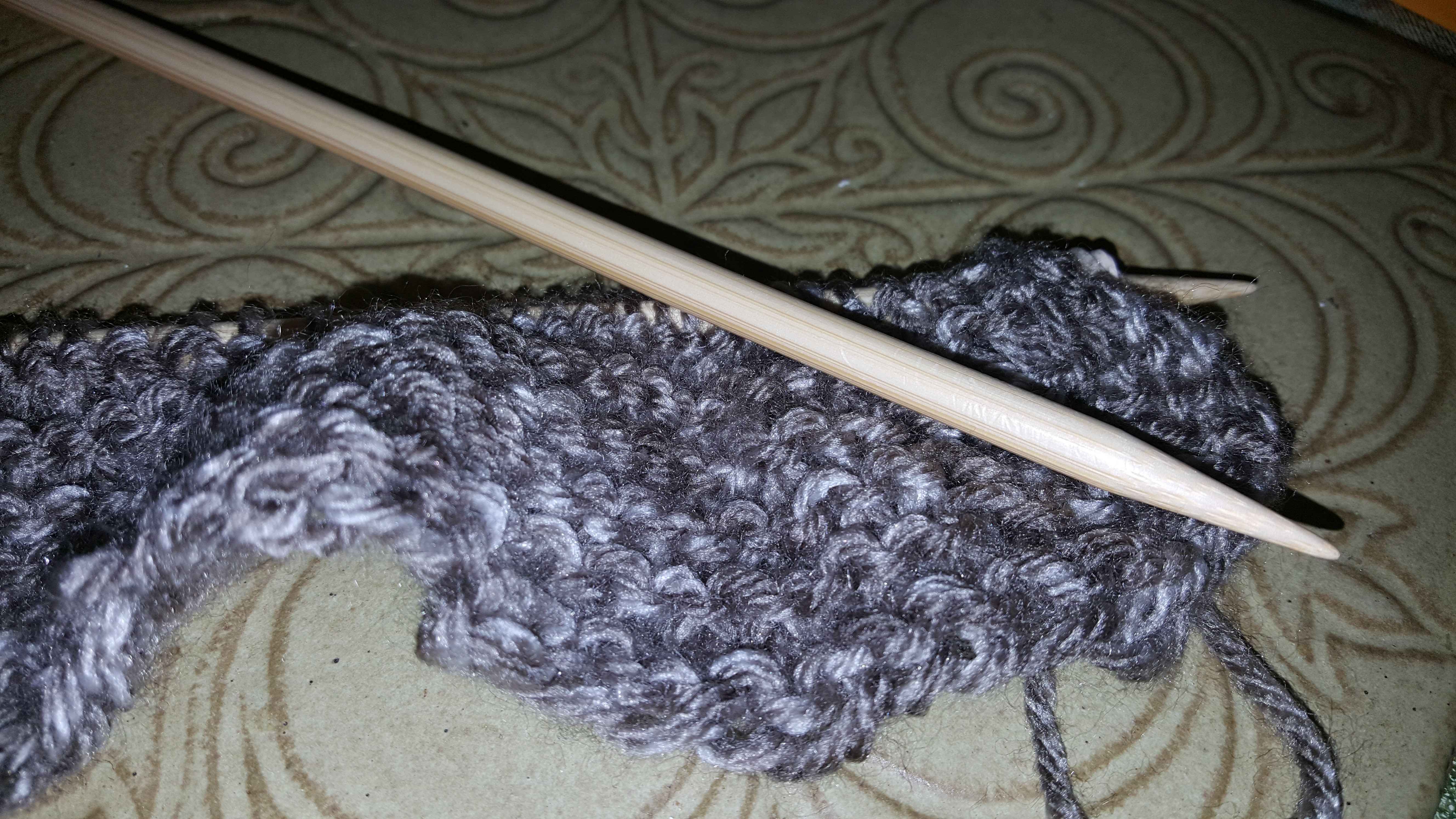