AS BRILLIANT AS A STAR: RIP Dr Hawking 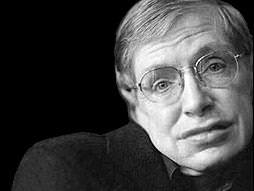 Stephen William Hawking CH CBE FRS FRSA was a British theoretical physicist, cosmologist, author and Director of Research at the Centre for Theoretical Cosmology within the University of Cambridge.


I've been awake a while, surrounded by the cocoon gifted to every person that arouses to a quiet house and slumbering people. In that quietude I made my coffee and reflected upon the day ahead.  It promised to be a dreary one.

Thus equipped with caffeine, I shambled back up the stairs to park myself in front of the monitor.  Thus was my daily habit - when plans didn't go awry due to pain.  I settled down to pull up my first news feed.   The first headline drew my interest:  "The Latest: Swedish academy pays tribute to Hawking".

Nice.  It's always a pleasure to see him still active.  I clicked, then bit back a shocked grunt.

What?  Of course, he had lived with amyotrophic lateral sclerosis (ALS) since his 20s.  The last I heard this month, he was described as “very ill” and “undergoing tests at hospital". It wasn't his first round with complications stemming from ALS.  I didn't put much thought into it.  He's Hawking; he's god-level, ergo he's eternal in my mind.

Nothing in this universe is static.  We all glide along the arrow of time, forever marching forward to experience fresh days.  Even in death our bodies advance, playing host to natural processes that eventually render the majority of us into worm food. Those worms continue on, perpetuating the cycle.

That said, the news is painful to bear.

Most know Dr Hawking for his physics greatness.  I, like many, gobbled up his articles and books for decades.  However, there's more to the man than the sum of his knowledge.  His wisdom often reached beyond cosmic theories.

Such was the case involving his trip to Chile in 2008. He risked the perils of travel in his wheelchair to celebrate Claudio Bunster's birthday, and had given a lecture there.  The topic was black holes, of course.  It's a lovely lecture but it was his words toward the end that stayed with me for years.


The message of this lecture is that black holes ain't as black as they are painted. They are not the eternal prisons they were once thought. Things can get out of a black hole, both to the outside, and possibly, to another universe. So, if you feel you are in a black hole, don't give up. There's a way out. - HAWKING

Potent words for anyone suffering from depression or a sense of being overwhelmed by life.

We can expect to see a plethora of tributes over the next few days.  They're already peppering the Internet.

(We'll see if that video actually plays.  I've never used the embedded Blogger feature before. Full credit to the Daily Mail: "The world pays tribute to the late Stephen Hawking on Twitter")

He'll have his fair share of detractors as well.  We live in a country where free speech equals freely sharing stupidity. Neil Degrasse Tyson expressed it best in an interview with Brilliant's Star Talk on 9 March.

The fact that there's a rise of "flatearthers" is evidence of two things: We live in a country that protects free speech; We live in a country with a failed educational system. Our system needs to train not only what to know but how to think about information, and knowledge, and evidence. If you don't have that kind of training, you'll run around and believe anything. - NEIL DEGRASSE TYSON

"Flatearthers" and those that scoff at science often don't understand the processes behind the theories, nor how arduously scientific discovery unfolds.  Some skim a Hawking paper and become lost in the explanations. They won't invest time into learning the basics ergo the advanced seems too complex to grasp. It's easier to say theories are a conspiracy rather than admit you can't stand toe-to-toe with brilliance and expect to win an argument.

However, Hawking had a knack for presenting material in a way that could be understood. The article I pulled the quote from is such an example. Posted on Hawking's website, it offers a gentle explanation for science noobs and physics gods alike ("Into a Black Hole").  Another excellent offering is George's Secret Key to the Universe, a sweet story geared towards teaching children about physics, time, and the cosmos.

The world lost a unique mind today. We will mourn the loss - let us also celebrate the brilliance stemming from that mind.  It will not fade anytime soon, dear readers.
Science